13 May Jeff Berwick, Bitcoin ATM co-founder makes getting Bitcoin easier than ever

Trying to figure out the best way to get your hands on a Bitcoin? Try Jeff Berwick’s Bitcoin ATM, a tiny computer that instantly converts your printed dollars into Bitcoin.

To use the Bitcoin ATM, users first are prompted to scan a QR code on their mobile device or enter a user-specific code, telling the ATM where to send the Bitcoin. Users then insert their printed dollars, and viola, Bitcoin! The ATM sends the dollar amount of Bitcoin into the users’ account. 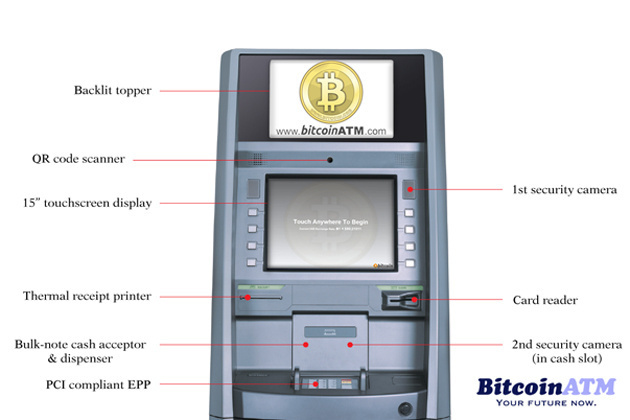 What is a Bitcoin?

Bitcoin is software based, decentralized currency that allows for transactions using peer-to-peer connections. (Read more: Bitcoin, a currency or a commodity?)

Why use a Bitcoin ATM?

Well, transferring money between traditional currencies into Bitcoin isn’t actually that easy. If someone wanted to purchase a Bitcoin they would have to open an account with an exchange where registration could take up to 30 days.  Also, banks are able to shut down accounts that Bitcoin users and exchangers are using to convert money into Bitcoin. With a Bitcoin ATM, the physical ATM cuts out the banks as a middleman. Overall, this machine takes care of the banks and makes it easier for people to change money into Bitcoin.

Jeff Berwick’s Bitcoin ATM is said to launch in Cyprus however there are others in the works.

If an ATM were available near you, would you be using a Bitcoin ATM to convert your money into Bitcoin?