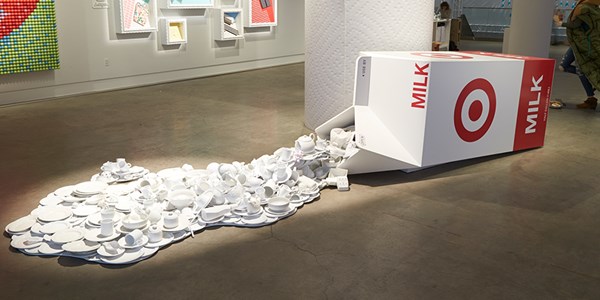 Thursday March 19th, a federal judge gave approval for a 10 million dollar settlement for the customers who were affected by Target’s data breach in 2013.

“We are pleased to see the process moving forward and look forward to its resolution,” said Molly Snyder, Target spokesperson reported to CBS News on Wednesday.

Target has agreed to pay the proposed $10 million and customers who will be paid back are individual victims who were inconvenienced by the breach. Each breach victim could receive up to $10,000 in damages.

Should any breach victim feel that this settlement is not adequate, they are still able to file objections by the 10th of November, when the final hearing is expected.

This is a great settlement for Target. In order to receive this settlement, victims must complete a claim that will be processed through a dedicated website.

The claim form will ask victims if they conducted a transaction with their debit or credit card in-store or online, between the 27th of November and the 18th of December 2013. It will also include other questions regarding the belief or proof of compromised personal information. Now, consider how complicated this is going to be for consumers to provide this information.

Customers will have to provide evidence that they were inconvenienced by the breach. These include at least one of the following:

Although the courts have had a difficult time determining how someone can prove that they were harmed by a particular breach, more and more people are becoming increasingly familiar on how to make decisions about these consequences.

Although the settlement is a bit of a plus for Target, the data breach has hit Target with a difficult time. Struggling with Canada, in addition to going through other changes, the breach independently caused a negative effect to their bottom line.

Target estimated that they have lost nearly $250 million in costs associated with the breach. Finally, we can still expect this number to increase, as there are additional claims from three of the major credit card companies.

Elon Musk Wants to Integrate Payments Into Twitter Including Crypto

Visa Leverages AI to Get Rid of Pending Charges

Kubera Payments Corporation is a business consulting firm connecting our clients to many different partners and products. Among other partners:

Kubera Payments Corporation is an authorized agent of Ignite Payments, a Fiserv company

Kubera Payments Corporation is an authorized agent for Worldline, VersaPay and Authorize.net